Monells is a medieval town built around an old castle, of which only the walls remain.

Stroll quietly through its streets contemplating the beauty of its houses until you reach the magnificent porticoed Jaume I square, the scene of a very important market that was held during medieval times.

The charm and good restoration of this square and the streets of Monells have attracted the filming of advertisements of all kinds and of a large part of the Spanish film "Eight Catalan surnames". 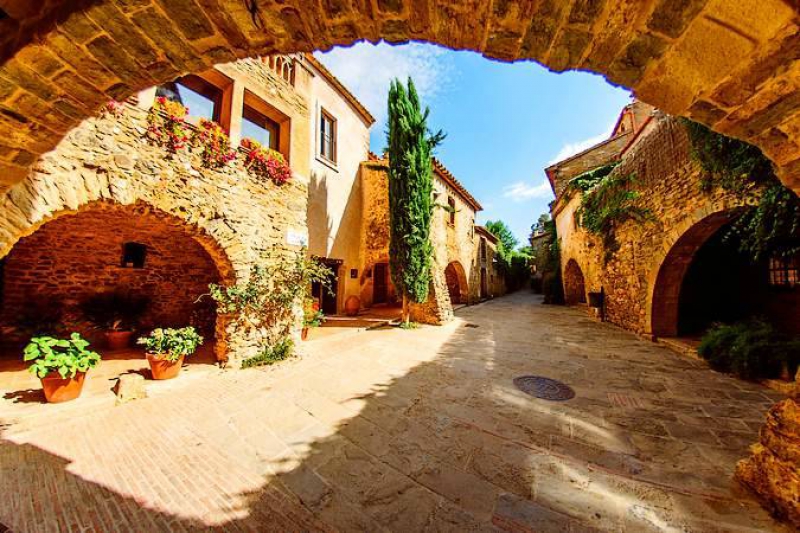