We find, also in the south, the coves of Fornells , a place that the favorable conditions that surround it have made it a pre-eminent place for summer vacations and residence. In Fornells, the marina and the house that Bonaventura Sabater, known as Xiquet, had built on the port of Ses Orats stand out; called El Paraíso and which, according to tradition, was the place from which this coastline was baptized, a hundred years ago, with the well-known name of “Costa Brava”.

The coastal path serves as a link to reach all the small coves that form the nucleus of Fornells: located in the north, the narrow cove of n'Estasia, and to the south, the cove of Ses Orats, followed by the cove of 'in Malaret. These three coves have the shared characteristic that the sand is not very fine, but you can sunbathe quietly, and the water is very clear, making it ideal for diving and enjoying the seabed. A little further away is the cove of Puerto de Esclanyà, wider and formed by stones, both in the beach area and in the water. 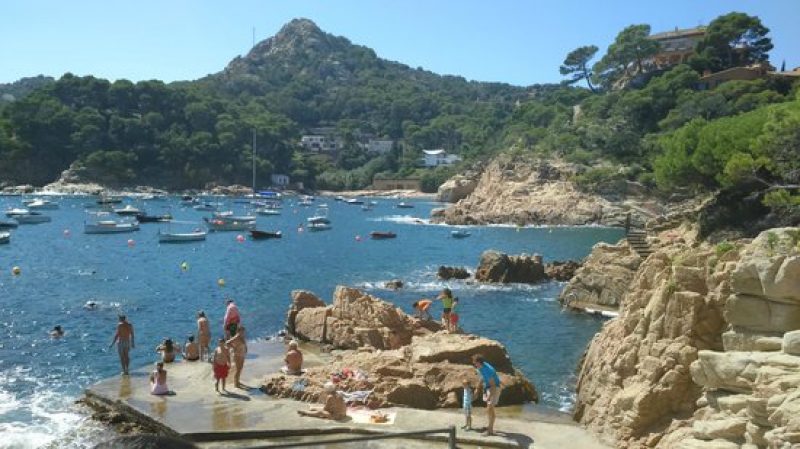